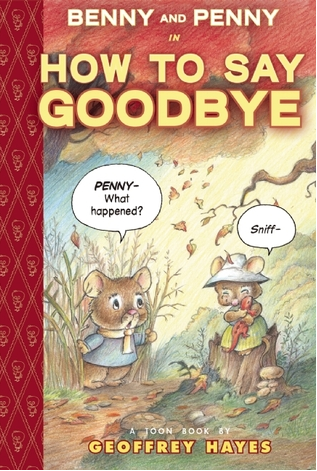 While playing in the fall leaves, Penny finds that Little Red (a somewhat beloved salamander) has passed away! Penny, shaken and sad, wants to honor Little Red by burying him. But Benny wants nothing to do with this at all! Red was always mean to him, or so he says. Penny and young friend Melina look for the perfect spot to lay Red to rest. Benny though begins to ponder how Red treated him…and perhaps discovers that Red wasn’t as mean as he though.

Death is never an easy subject to talk about, particularly when you’re talking to younger readers. Its hard to know what to say and how to describe what happens or how to deal with the emotions that crop up. And yet, that’s what Geoffrey Hayes does in this touching and heartbreaking story. Following in the tradition of Sesame Street and Mr. Rogers, Hayes does not shy away from dealing with direct facts or feelings, things that often become overlooked when talking with children about death. While Hayes does not directly talk about what caused Little Red to pass away, he allows Benny to think of a couple of reasons why. But more importantly he discusses the feelings that occur and that it is ok to be sad, but also that there are ways that you can honor the departed and let their memory live on in you. And just like young ones that are likely to be reading the book, their attention on the sadness is somewhat short, focusing instead on the future. While the book is short, it is good way to discuss the feelings that come up about death.

Hayes award winning illustration work, really shines in this story. The soft colored pencil illustrations allow the crisp fall weather to shine through and the emotions to stand out on the faces of the characters. Readers are sure to recognize themselves in the portrayal of the characters, from movements to bury Little Red to interacting with each other.

I’m focusing less on Hayes illustrations in this review, mainly because his illustrations are already widely recognized and to be honest, that’s not what caught my interest in the book. It was the story. The story about death and the emotions that rise up from it. And I’m sure that there are going to be people that react negatively to this book, saying its too short or that the kids move away too quickly from it. But I’ll disagree. I made the comparison to Sesame Street and Mister Rogers for a reason. Both of those shows chose to talk about death and what happens with it. They chose to not dumb it down or pretend it didn’t happen for their viewers. They talked about it plainly and calmly to explain what happened, why, and that it was ok to feel this way. And that’s what Hayes does.

I highly recommend this book for young readers and it should be on the shelf of every school library and in public library collections. 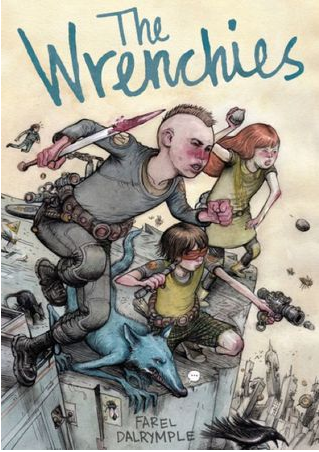 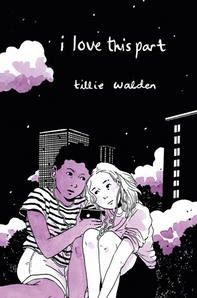 Book Review: i love this part