Detective Gould is the greatest detective in the world, there’s no crime he can’t solve thanks to his mind and cutting-edge spy technology.  Every criminal in the city of Red Wheelbarrow is caught red handed.  But lately…there have been a series of crimes that while solved, leave Detective Gould stumped as to the why behind them.  Will he discover the connection between the chair thief, the purloined street sign used to create a literary opus, and the photographer of anguished moments?  Or has the great Detective Gould finally met his match?

When I’m sitting down to describe this book the thoughts that pop into my head are old school film noir detective meets a grownup Encyclopedia Brown.  Why Encyclopedia Brown? Well just the way Detective Gould goes about catching his man using the tools at hand and his ability to piece together random clues using his intellect.  Granted he hasn’t pieced together the biggest mystery, but he’ll get there.  Film noir because there’s this great element of old school literary feel to the novel.  This isn’t one of those novels where you just get told the story and you figure it out by page 12…no.  This is one of those books where you’re handed clues and by the time you’re almost done with the story you’re realizing that everything is connected and it wasn’t what you thought it was at all.

Matt weaves together a great literary story, one that keeps you on the edge of your seat wondering what the signs have to do with a painting and what all that has to do with chairs being stolen.  It all seems so random and yet by the end you’re almost left wondering if you could have solved it without being told, so you read the story again and discover there were still things that you missed and you kinda of have to conclude that Matt’s story is almost too good to be true.

Matt’s artstyle is…a bit different.  The bulk of the art is done in a soft watercolor palette, almost making it feel like we’re reading a weathered book from the 30’s/40’s when Dick Tracey first patrolled the streets.  And it draws you into the story and doesn’t let you go.  Then there are other parts, the little side stories like “Tess’s True Heart” where we can still see the blue pencil lines from sketching and it seems like the story is unfinished and it throws me off a bit.

Overall though this is a story that will keep you reading and wondering to the very last page.  I give the book 4 out of 5 stars. 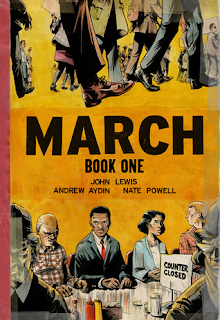 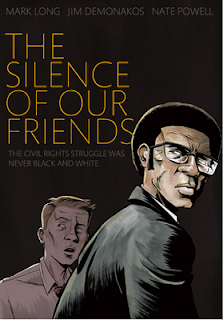