Athens faces its greatest battle…the Persian army has come to defeat them and accompanying them is their ex-tyrant of a king, Hippias.  The Athenians are hopelessly outnumbered and their city may fall without help.  They need assistance from the Spartans, who live 153 miles away.  And their army can only hold back the Persians for so long.  They send their greatest runner, Eucles, to ask them to come to their aid.  Eucles must run 153 miles in three days…and back again to Athens.  And thus begins the greatest race ever known…and an event that continues to inspire mankind to greatness today.

What really attracted me to this book was the artwork.  That striking image on the front cover, of a man running as fast as he can, sweat pouring down his brown, and the world seemingly on fire behind him, but he’s on a mission and he won’t let anything stop him.  That evocative art style remains throughout the book, easily capturing the expressions of fear, triumph, and hope on the characters faces.  It’s easy to get swept up in it as you move from page to page to follow the story and getting lost in all of the details.  It’s easy to see that Joe spent a great deal of time creating the art and capturing the detail that makes it seem like the characters are ready to leap off the page with their battle.  And his art style reminds me a lot of Rembrandt’s pen and ink drawings, that lose sketchy feel, but powerful.  I wish more books had this style…but I guess then it wouldn’t be unique.

While I like the overall content and story told, the execution at the beginning of the book is a bit confusing and jumbled.  In the first 15 or so pages we alternate between present, three days ago, and fifteen years ago seeing Eucles at different points of his journey and the transitions aren’t always smooth.  Sometimes the panels of alternating timelines are right next to each other and it isn’t always clear who we’re looking at.  And I think it’s that switching between three different timelines that bothers me.  Me personally, I would have preferred a small prologue that set up about Eucles past or to have left it out entirely.  Without that then the switching between present and two-three days in the past would have been easier to follow.  Once you get past those first 15 pages though, the story settles into a more recognizable format and presents a gripping tale of one man and what he’s willing to do to help save his city and his people.  I really enjoyed the heart of this tale and it made me interested to learn more about Eucles and his life.  I think it would have been great if a bibliography could have been included in the back of the book.

Even though the first 15 pages are a bit jumbled, overall this is a solid book that I have no problem recommending to readers, especially teen readers who are interested in sports. I give the book 4 out of 5 stars. 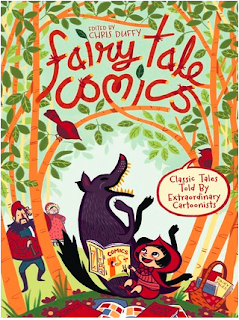