Our tale begins in the land of the dead.  We hear what it’s like when we die–how we meet Hermes who guides us to the river Styx, the need for a coin to pass down the river, the river Lethe where we forget everything, and the waiting…the endless waiting. But this is only the beginning of the story.  But the true tale is about the abduction of Persephone, also known as Kore, by the Lord of the Dead, Hades. And the destruction and sorrow it causes on the mortal world as Persephone’s mother, Demeter, searches the world over for her.

And what a tale it is. I’ve always been fascinated by Greek and Romany mythology and I love how O’Connor puts this book together. It’s an easy read, but he gives so much information to the reader and lays it out much better than the boring old books I remember reading about Greek myths. O’Connor makes the world come to life by the story he weaves and by giving personality to the gods that we meet so that we can understand why they did what they did. In every other tale Hades comes off as a villain, but here we see he really isn’t. He’s just lonely and looking for a chance to have a shot at a relationship. This is an excellent book to introduce Greek mythology and now I really want to read the other books in the series as well.

One of my favorite parts of the book is actually at the end, the little feature at the back that talks about the different characters, who they are, and other details to help you learn more about the Greek world. Even better, from a librarian perspective, they have a bibliography! A list of websites and recommended reading list to go to get more information.

I really like the artwork in this book. It has such great use of color and shadow in the depictions of the world, especially the underworld. Instead of depicting it all flames and fire (which seems to be something some artists like these days) it’s more of a darker, almost hopeless place…much like it’s described as in the original myths. It might be a bit creepy for really young readers, but middle schoolers and above will enjoy it. I enjoyed most of the character design, although at times it looks like Hades has a goatee (I think it would actually fit him well) and he looks a bit…well too much like an emo kid. I mean I know he’s depressed and all, but..couldn’t he be less of a blue shade?  Overall though I do like the depiction of the other characters, especially the depiction of the many handed ones, the Hekatonchieres.

This is the perfect companion for people that have been enjoying the Percy Jackson series by Rick Riordan and want to know more about the Greek/Roman gods and how they work. It would be ok for elementary school age (3rd and above) but they would probably need to read it with a parent. But this would be an excellent book for a middle or high schooler (or even adult) that wants to learn more about the world of Greek mythology. I can’t wait to read the previous volumes and to read what comes next.  I give this book 5 out of 5 stars.

A review copy of this book was provided by Gina at FirstSecond. 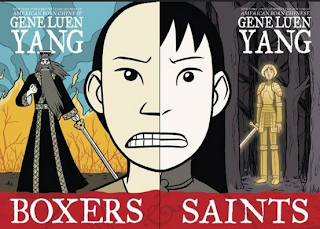 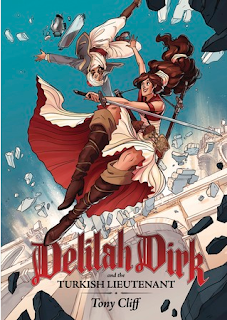 Book Review—Legends of Zita the Spacegirl